Eevee Dule Academy
Log in
Card Of The Week 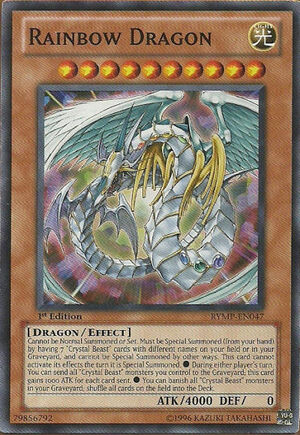 You are not connected. Please login or register

Posts : 20
Join date : 2015-05-02
Age : 21
Location : VA, USA
Noble Knight is an archetype that debuted in the last set of the 7th series, "Galactic Overlord" with a SINGLE card, a vanilla(non-effect monster), the original noble knight, "Noble Knight Artorigus." At the time, nobody expected it to become an actual archetype. But throughout the 8th series, the archetype would get 1-2 support cards each set, slowly growing stronger each set until it became a solid tier 2 deck with the latest release, "Noble Knights of the Round Table Box Set", which included 3 very useful cards for the archetype.
However, Noble Knights have never been a very popular deck, since most people believed it was and is a bad deck. However, many people do not know how to play the deck, those people tend to play "medraut.dek", which is the deck's most popular combo, and arguably the most powerful combo of the deck as well. Many people try to take out a lot of the core cards that they think aren't "completely essential" for the deck to work in order to make room for other cards. I'll admit that a lot of the cards in the archetype may seem underwhelming at first glance, they are actually very useful in certain situations. Many of the Noble Knight monsters are a great toolbox to help with consistency, variety, and a lot of times, an out to many situations. In this guide, I will do my best to explain these things, the various combos of the deck, and the true potential of the archetype.
First off, the idea behind the archetype is to equip "Noble Arms" spell cards to your "Noble Knight" monsters to gain their effects and get an extra boost from the "Noble Arms'" effects. With that said, let's get into the cards of the archetype.

The Essentials
Noble Knight Medraut
Light/Warrior lvl 4 1700/1000
"This card is treated as a Normal Monster while face-up on the field. While equipped with a "Noble Arms" Equip Spell Card, this card becomes an Effect Monster with these effects.
● This card becomes DARK and its Level is increased by 1. Once per turn, if you control no other monsters: You can Special Summon 1 "Noble Knight" monster from your Deck in face-up Defense Position, except "Noble Knight Medraut", and if you do, destroy 1 Equip Spell Card you control."

To someone that's unfamiliar with the archetype, this card may not seem that great at first glance. However, this is arguably the best monster in the deck for one simple reason. This card allows you to go into any Noble Knight you want, which proves to be very beneficial in getting out of tight situations and going into powerful rank 4s. This card along with a "Noble Arms" spell card also allows you to perform arguably the strongest combo of the deck, but I'll get to that later once I reveal the rest of the cards. Best at 3.

Noble Knight Borz
Light/Warrior lvl 4 1700/900
"This card is treated as a Normal Monster while face-up on the field. While equipped with a "Noble Arms" Equip Spell Card, this card becomes an Effect Monster with these effects.
● This card becomes DARK and its Level is increased by 1. During your Main Phase: You can reveal 3 "Noble Arms" cards from your Deck, have your opponent randomly add 1 of them to your hand, and send the rest to the Graveyard. You can only use this effect of "Noble Knight Borz" once per turn."

This card is just as useful as Medraut, some may even say the only reason Medraut is as good as it is is because of Borz since Borz is going to be the guy you're going into the most with Medraut's effect. Borz allows you to thin your deck by 3, send 2 arms to the graveyard which you'll soon find out to be very useful, AND it adds a "Noble Arms" to your hand to strengthen your own monsters and plays further. Run 2-3, best at 3.

This card is insane. It's pretty much a better Medraut. It turns it into any knight you want it to in order to get your plays off, fairly similar to Medraut's effect. But the reason that I think this card is slightly better than Medraut is because of it's 2nd and 3rd effects. Keep in mind that the 2nd and 3rd effects are QUICK EFFECTS, which means you can use them during the battle phase and/or chain them to your opponent's effects, allowing you to dodge any effects that would target your monster, such as "Book of Moon." Run 3 in any build. Always.

The Toolbox
Noble Knight Gawayn
Light/Warrior lvl 4 1900/500
"If you control a LIGHT Normal Monster, you can Special Summon this card (from your hand) in Defense Position."

Very useful for going into rank 4 plays. Also helps with brick hands when you have another knight with no arms. Run 0-2. Best at 1-2.

Noble Knight Gwalchavad
Light/Warrior lvl 4 1500/1800
"This card is treated as a Normal Monster while face-up on the field. While equipped with a "Noble Arms" Equip Spell Card, this card becomes an Effect Monster with this effect.
● You can target 1 "Noble Knight" monster in your Graveyard; add it to your hand, and if you do, destroy 1 "Noble Arms" Equip Spell Card you control. You can only use this effect of "Noble Knight Gwalchavad" once per turn."

Useful for getting back knights that you need from the grave, works very well in conjunction with Gawayn for a quick rank 4 play. Run 0-2. Best at 1.

Noble Knight Drystan
Light/Warrior lvl 4 1800/800
While you control another "Noble Knight" monster, your opponent cannot target your monsters with less than 1800 ATK, except this card, for attacks or with card effects. When a "Noble Arms" Equip Spell Card is equipped to this card: Target 1 face-up card on the field; destroy that target. You can only use this effect of "Noble Knight Drystan" once per turn.

Useful card for some extra protection and control. Note that the destruction effect is MANDATORY, so if there's no face up cards on your opponent's side of the field and you equip a "Noble Arms" to Drystan, you have to destroy one of your own cards. Run 0-2. Best at 1.

Useful for recycling your cards and a little bit of draw power. Also helps to aid cloggy hands filled with knights to allow you to go into a quick rank 4 or potentially a rank 5. And lets not ignore it's defense. A level 4 with 2400 defense? Insanity. It makes a great wall to set if nothing else. Run 0-2. Best at 1-2

A very useful toolbox card. First effect allows you to send an arms to the grave for future use. The 2nd effect is a quick effect that helps in dealing extra damage during the battle phase or for protection. This card will seem better once you see the effects of the "Noble Arms." Run 0-1. Best at 1.

Dragon Ruler of the deck. Provides protection when you Xyz summon with this card as well. It's decent, but not amazing. But it does have it's uses, and works well in conjunction with the other level 5 of the deck. Run 0-1. Personal Preference.

Helps aid brick hands a little when you open with no arms. Again, decent, but not amazing. More viable if you are using the vanilla of the deck, "Noble Knight Artorigus", and Eachtar as it's not too hard to get both Eachtar and Laundsallyn to the field from the grave mid-late game for a quick rank 5. Run 0-1. Personal Preference.

You typically run this guy if you're playing the tuner of the deck, "Lady of the Lake." It's still an OK card to run either way since it's a good target for Gawayn, Laundsallyn, and occasionally Brothers or Medraut if you want to go into a rank 4 but don't want to waste another knight to go into it. Run 0-1. Personal Preference.

Easily the worst monster of the deck, including the vanilla. It's effect is useful sometimes, but only on rare occassions. It may be a level 4 beater but it really isn't hard at all to go into stronger Xyz with this deck. Preferably don't run any. Run 1 if you really want to.

Lady of the Lake
Light/Aqua/Tuner level 1 200/1800
Cannot be used as a Synchro Material Monster, except for the Synchro Summon of a Warrior-Type monster. If this card is used for a Synchro Summon, banish it. When this card is Normal Summoned: You can target 1 "Noble Knight" Normal Monster in your Graveyard; Special Summon that target. If this card is in your Graveyard: You can target 1 Level 5 "Noble Knight" monster you control; reduce its Level by 1, and if you do, Special Summon this card from the Graveyard.

The deck's tuner to bring out the deck's synchro monster, "Ignoble Knight of High Laundsallyn," which is arguably the best monster in the extra deck. The synchro's definitely not needed though since you won't be going into him much either way, it's just a nice guy to bring out on occasions. Up to you on whether you want to play it or not. Run 0-1. Personal Preference.